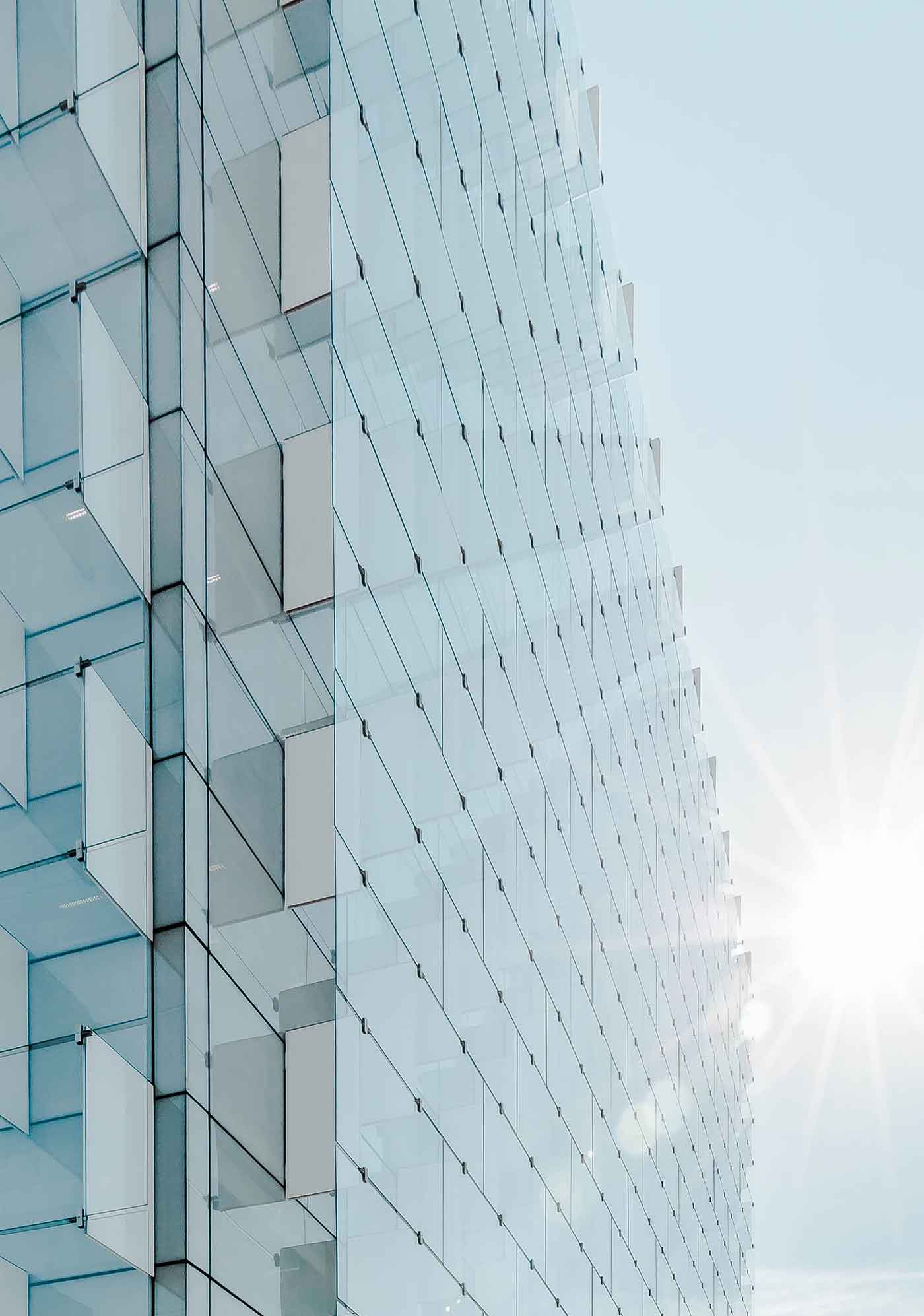 From the outrageous to the wonderfully practical, the use of glass in architecture has had both functional and symbolic importance ever since its first use around 3000 B.C.

One of the oldest man made-materials used without interruption from its discovery to now, the use of glass can dated back to the Neolithic period almost 10,000 years ago.

Used in Egypt for mostly decorative objects, such as coloured glaze on stone, pottery and beads, it appears the functional use of glass in archecture may have been initiated by the Romans.

It wasn’t until the seventeenth century however, and the development of lead glass, that major steps forward were made in the manufacture of large glazing for windows.

With the rise of interest in greenhouses and conservatories in the early 1800’s, mass marketing and use of glass in architecture began to come into its own.

The transparent, ethereal nature of glass saw new visions designed and created including exhibition halls, railway stations and public buildings including construction of the famed Crystal Palace in 1851, by Joseph Paxton in London.

A remarkable construction of prefabricated parts, the Crystal Palace consisted of an intricate network of slender iron rods sustaining walls of clear glass, with the main building some 563 metres long, 124 metres wide and occupying over seven hectares.

It’s erection marked the transformation of architecture’s traditional use of opaque glass by creating a transparent masterpiece and brought glass from the greenhouse to the architectural and public domain for the first time.

Not only can glass reduce the overall dead load of a structure, in practical terms it insulates buildings against electricity, funnels as much as 80 per cent of available natural light and avoids clouding/weathering.

Glass is hugely resistant from both man-made and natural environmental exposure while its inherent properties also protect occupants from outside noise.

From the intricately faceted facade of the Beijing Greenland Centre skyscraper to the 50-foot panels at the Apple store in Hangzhou - the Louvre Pyramid in Paris to tomorrow’s renewal energy needs - it is estimated that over 5000 million square metres of flat glass, used primarily in architecture and construction, is globally created each year – something even the Roman’s would no doubt be impressed with.

Photo by Joel Filipe on Unsplash

BAck To NEWS
Expertise

The future of glass is hitech